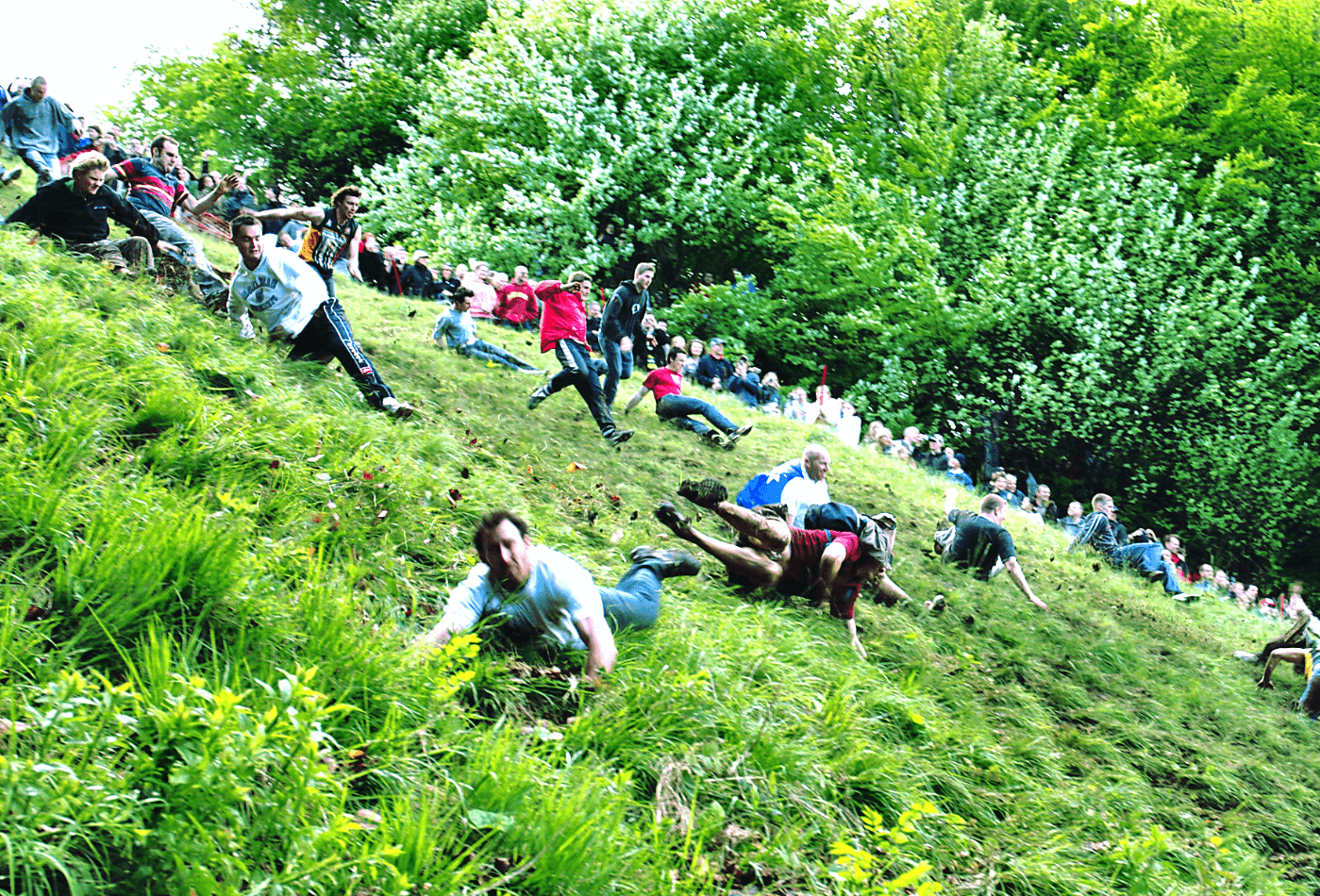 Your Guide to Cooper’s Hill and the Cheese Rolling Festival

For over 200 years, the annual cheese rolling festival has been an integral part of Gloucester culture. Each year daredevil participants hurl themselves down the 300 yards Cooper’s hill to lay claim to a wheel of cheese and bragging rights – of course. So, pack your cheese rolling clothes, keep the help close by and tumble your way to cheesy victory*.

Where is Cooper’s Hill? 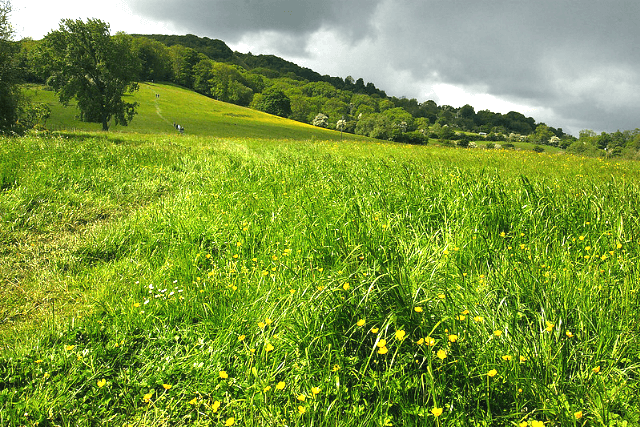 Before we start with the tumbling and falling, let’s take a look at the history of Cooper’s hill.

More than just a hill, Cooper’s Hill local nature reserve is of particular interest to nature lovers. With over 100 acres of stunning natural beauty, Cooper’s Hill has a diverse selection of woodland plants and animals.

Located on the outskirts of Gloucester, the cheese rolling hill is an access point to the picturesque Cotswold Way hike. The Cotswold Way is a 102-mile trail that connects Chipping Campden to the historic city of Bath. But don’t worry, you don’t need to do the whole trek.

Starting at the bottom, you can take a relaxing stroll through the Beech woodland to the top of Cooper’s hill. With impressive views of Gloucester and Cheltenham, you can follow the walk to Brockworth Wood or head into the town centre and refuel in one of the local cafes.

Whether you are visiting for the Cheese rolling festival or taking in the countryside, Cooper’s hill is a great spot to make the most of the Cotswolds.

How to get to Cooper’s Hill 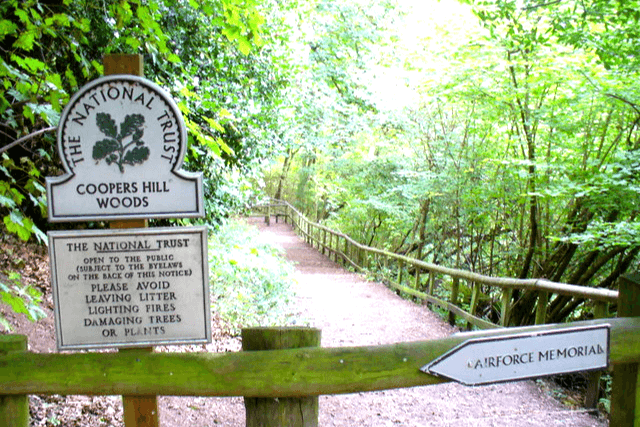 There are two car parks for Cooper’s Hill. A small parking area is close to the hill summit on Cotswolds Way road. Pass the Hillview Cottage, and the small car park should be on the right at the bottom of the Cotswold Way path.

The other car park is located just off the A46 corner known as Fiddlers Elbow. This car park has more parking spots and is a great starting point for a long walk in the Cooper’s Hill nature reserve.

You can also get the 66 Gold from Stroud or Cheltenham to Cooper’s Hill off Painswick Road.

Parking during the cheese rolling festival can be difficult, so be sure to plan your journey accordingly.

The History of Cheese Rolling 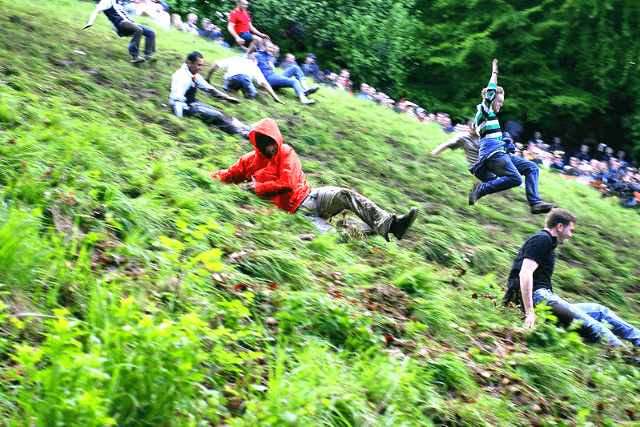 The Cooper’s Hill cheese rolling festival dates back hundreds of years, although the first record was in 1826. In fact, the mention of the festival in 1826 suggests that it was already a well-established event.

Traditionally taking place on the Whit Monday, the festival origins are uncertain. Many believe that the cheese rolling was part of a Pagan custom.

This custom involved scattering of buns and sweets at the top of the hill. Therefore, encouraging the fruits of harvest through the fertility rite.

Another theory is that the cheese roll took place to maintain the grazing rights of Cooper’s Hill. That would allow farmers to leave their animals to graze on the common land.

Whatever the reason for the festival, cheese rolling has become a popular event that many visitors flock to see each year. 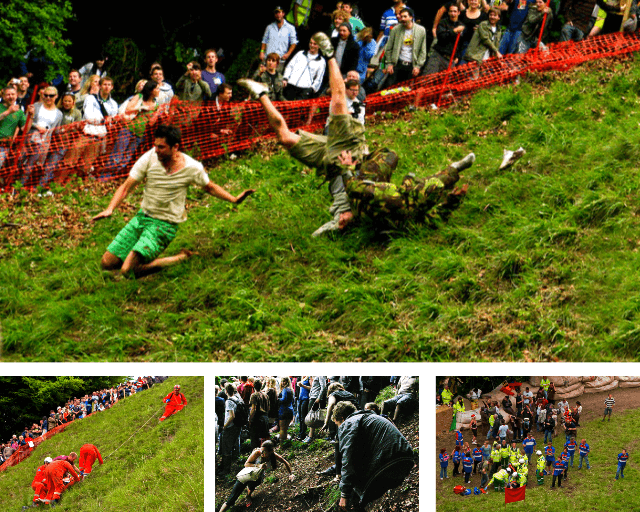 Over recent years, the event has gained popularity all over the world. The rise in popularity draws huge crowds each year and creates a fascinating spectacle for everyone to enjoy.

Each year the race takes place at noon on the Spring bank holiday, attracting thousands of spectators and visitors. Whether you are brave enough to tumble after the cheese or want a chance to see the British spectacle, Cooper’s Hill Cheese rolling is an experience that you shouldn’t miss.

As contestants line up at the top of the hill, the town crier announces the starting sequence:

The race usually consists of 14 – 40 contestants that tumble and fall as they chase the 70mph cheese down to the bottom of the hill. If no one catches the cheese (a common occurrence), the first person to the bottom gets to keep the prize.

If this isn’t enough to concern you, waiting for you at the bottom is the local rugby team, ready to tackle you to a stop. There is a reason the Cooper’s Hill Cheese Rolling Festival is known as one of the world’s most dangerous foot races.

How to Get Involved 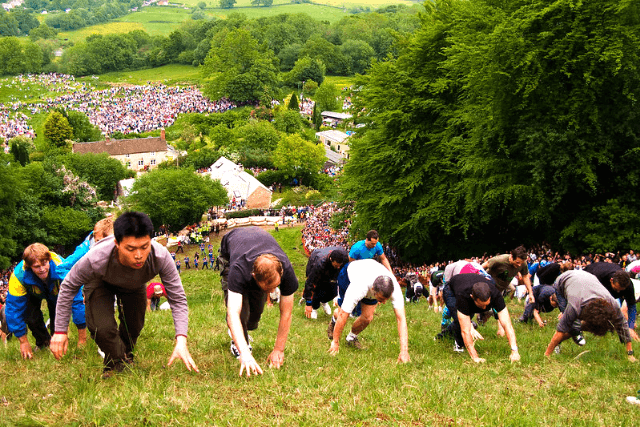 The popular event has seen a rise in spectators in recent years. However, that doesn’t mean people are rushing to get involved in the annual cheese rolling.

If you are one of the daring people willing to get involved in the Gloucester cheese roll, turn up at the top of Cooper’s Hill on the day of the race and speak to one of the race organisers. There are several events throughout the day, but the first race usually takes place at noon.

There is also a children’s event that involves running up the hill rather than tumbling down. Whether you want to watch or get involved, the daring cheese roll is a spectacle that is a sight to behold. 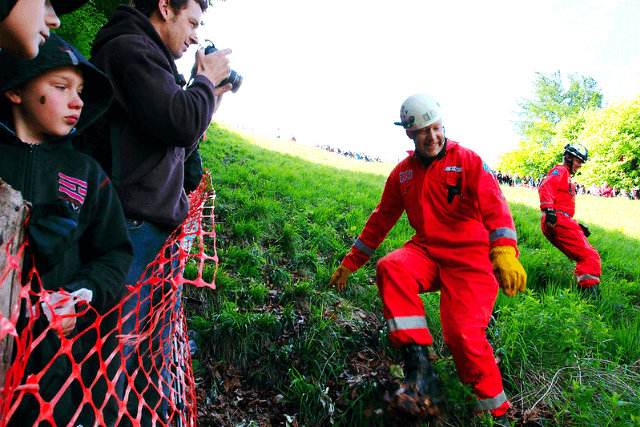 Over recent years the annual Gloucester cheese roll has become a controversial topic due to the danger associated with the race. Throughout the history of the race, there have been many injuries, raising concerns with the local authorities.

In 2009 the organisers had to cancel the race due to fears over the safety of the competitors.

Yet, in 2011 the event was restarted, albeit in a non-official manner.

More things to see Near the Gloucester Cheese Roll

If visiting for the annual cheese rolling festival but want to stay for a few extra days, the Cooper’s Hill area is a great place to explore. Just a short distance from the nature reserve is a chance to see some 3rd-century ruins, the Great Witcombe Roman Villa.

You may want to go farther and take in the sights of Gloucester.The city boasts a range of attractions that cater to all visitors. Check out the stunning architecture of Gloucester cathedral or relax in style at one of the city’s spas. Or, if shopping is part of your ideal getaway, take a look around Gloucester Quays. If you are looking to explore more of the Cotswolds, take a look at these 77 things to do in the Cotswolds.

No matter what you are looking for, Gloucestershire and the Cotswolds have a range of family-friendly excursions to keep you busy.

Make the most of a weekend at the Cooper’s Hill Cheese Rolling Festival and stay close by in one of these Gloucester holiday cottages. Start planning your perfect staycation with one of our travel experts today!

*The Cooper’s Hill Cheese Rolling Festival is an extreme activity that injures dozens of people each year. We highly recommend that you enjoy this event as a spectator rather than a competitor.

Hi, I'm Josh. I recently joined the Sykes team and love all things travel. I enjoy spending my time travelling throughout the ... 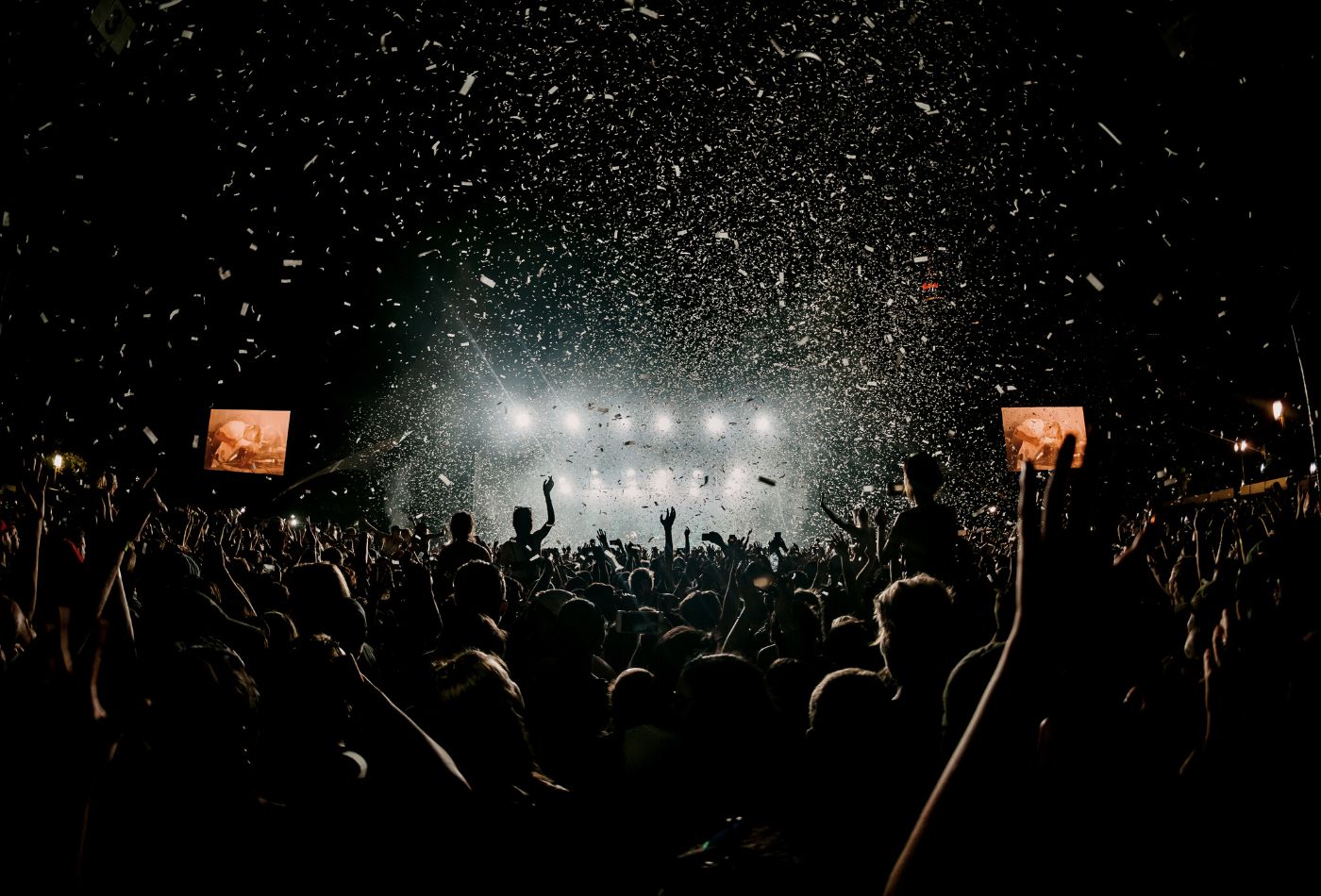 For unbelievable music and world-class food, The Big Festival is one of the best reasons to visit the Cotswolds... 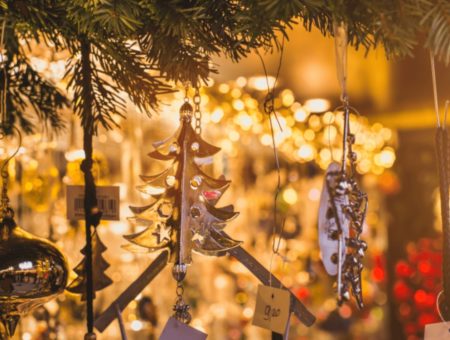 Events & Christmas Markets in the Cotswolds

With its historic towns, chocolate box villages and beautiful scenery, what better place is there to get into the... 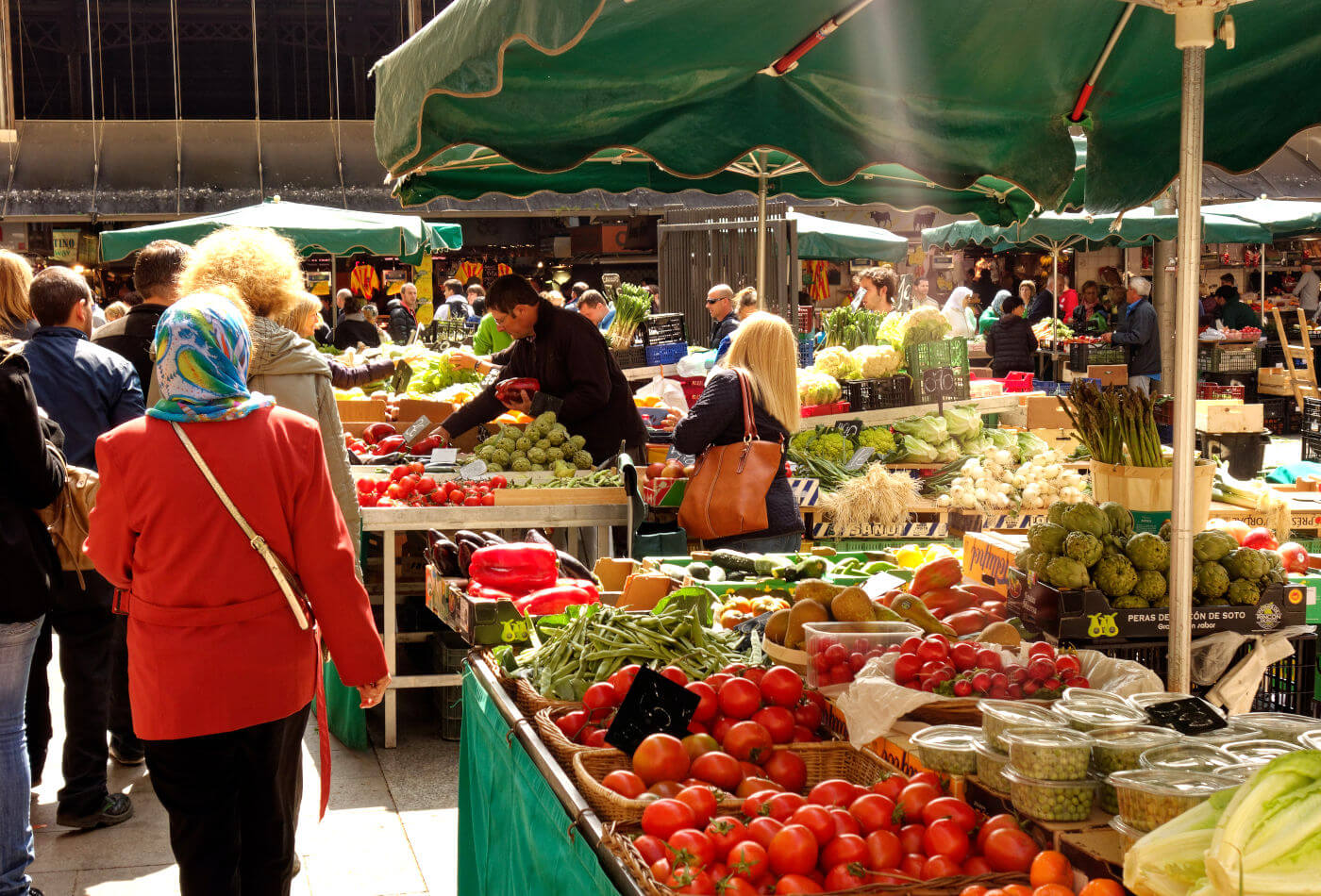 6 of the Best Markets in Warwick

With food, drink, clothes and trinkets, the markets in Warwick are great to explore with the family. Gain insight into the...