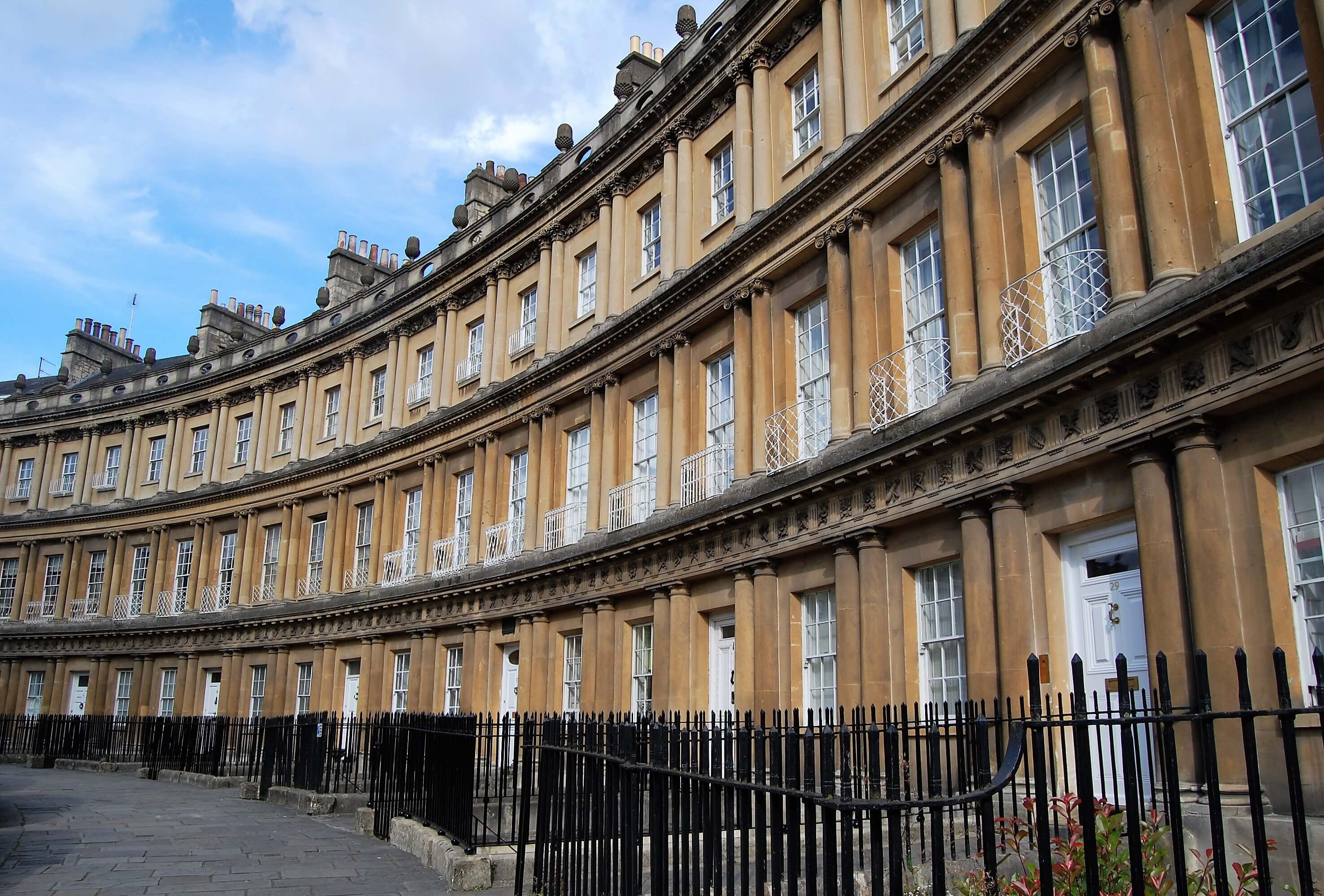 10 Reasons to Visit Bath this Year

Bath is definitely worth visiting.

Not only is it one of the UK’s most picturesque cities, it also has a fascinating past, lashings of culture, beautiful surrounds and plenty to do! What more could you want? 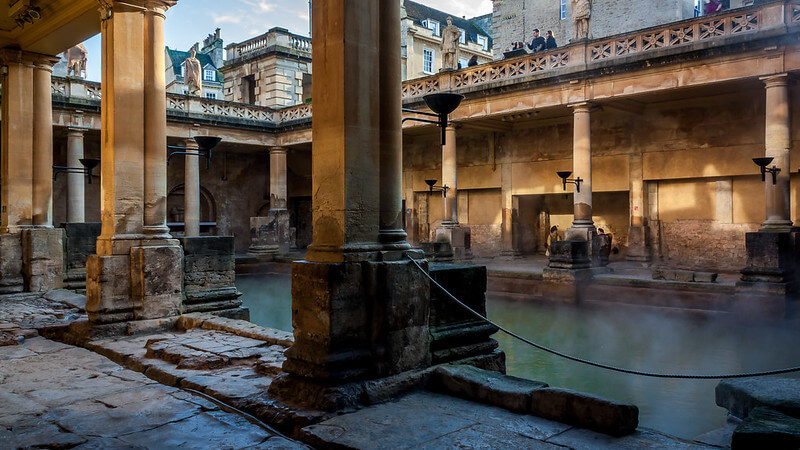 In 1987 the city of Bath joined the ranks of the Great Wall of China and the Pyramids of Giza, becoming a UNESCO World Heritage Site. Unsurprisingly, Bath was added as a ‘cultural site’ to this list – one visit to the city and you will understand why.

From a historic perspective, not only does it have some brilliant examples of 18th Century architecture and town planning, it also boasts a wealth of Roman remains, such as temples and baths.

The city also has its very own Hot Springs, which are purported to have healing powers. Other key reasons for Bath’s world heritage status would be its beautiful green surrounds and its social setting.

2. There are plenty of great shops in Bath 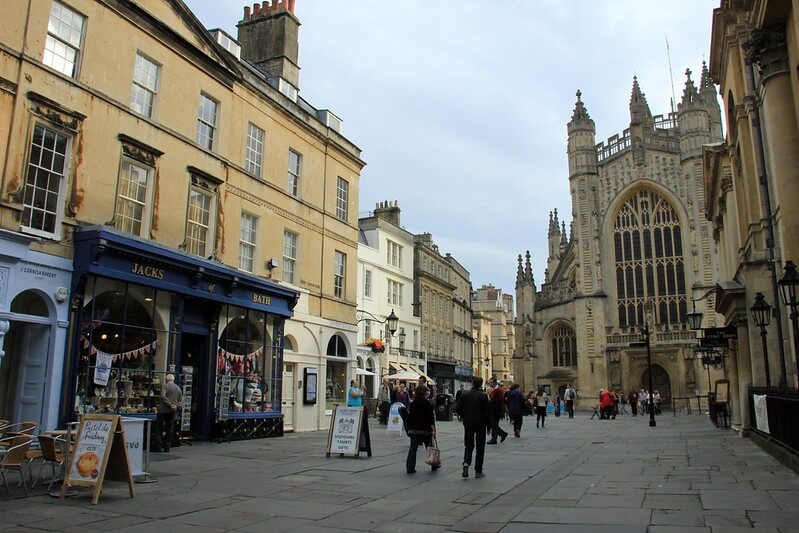 For those that love variety, Bath is a great location for shoppers. Head to SouthGate for the well known high street retailers.

In the Upper Town you will find a small area of antiques and independent shops on both George and Milsom Street. Further along at Milsom Place is Jolly’s, the UK’s oldest department store, as well as a number of other shops.

3. You can relax in the Bath Thermae Spa 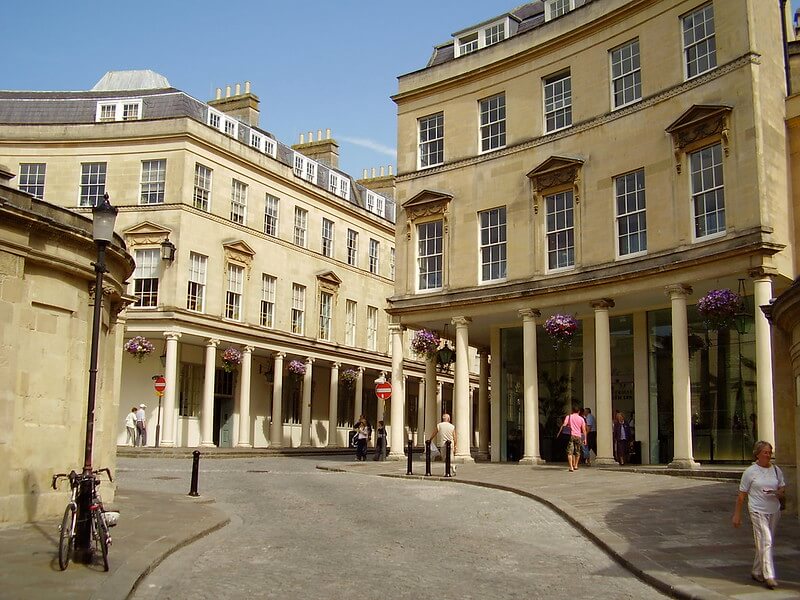 Do we need to say much more than spa?

On a serious note, one of the key things that differentiates Bath from other UK cities is the Bath Thermae Spa. This centre is the only place in the UK that you can enjoy natural thermal waters, like the Romans did two thousand years ago.

Try out the Wellness Suite, and indulge in one of the many available treatments. Make sure to visit the Open-Air Rooftop Pool and admire the incredible views of the city and hills beyond.

Take a look at our guide to the Bath Thermae Spa.

4. Bath has some fantastic architecture 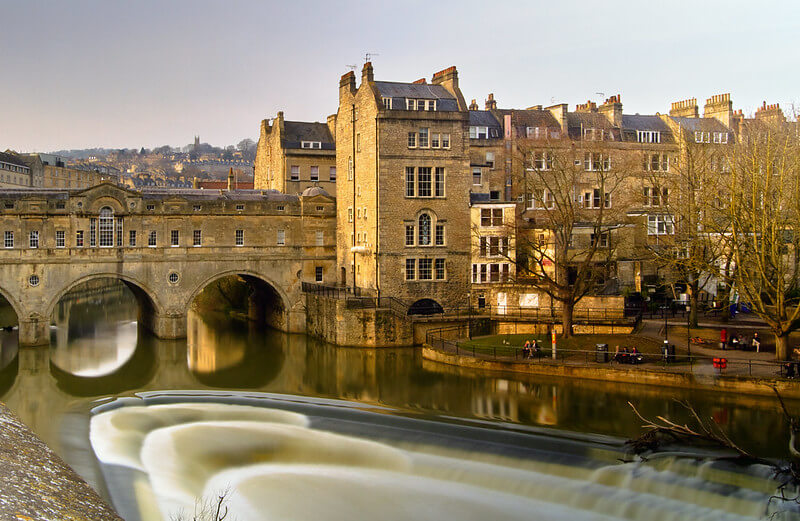 You could easily spend an entire day wandering around Bath, admiring the wealth of beautiful golden buildings. One of the main reasons behind the city’s world heritage status is its examples of architecture.

Popular sites include Palladian-style Pulteney Bridge, based on an unused design of the well-known Rialto in Venice, the Roman Baths and Bath Abbey. Residential buildings in Bath also hold a share of the spotlight. The Georgian Royal Crescent and The Circus are prime examples of this, built in 1760 and 1770.

5. The Cotswolds are on your doorstep 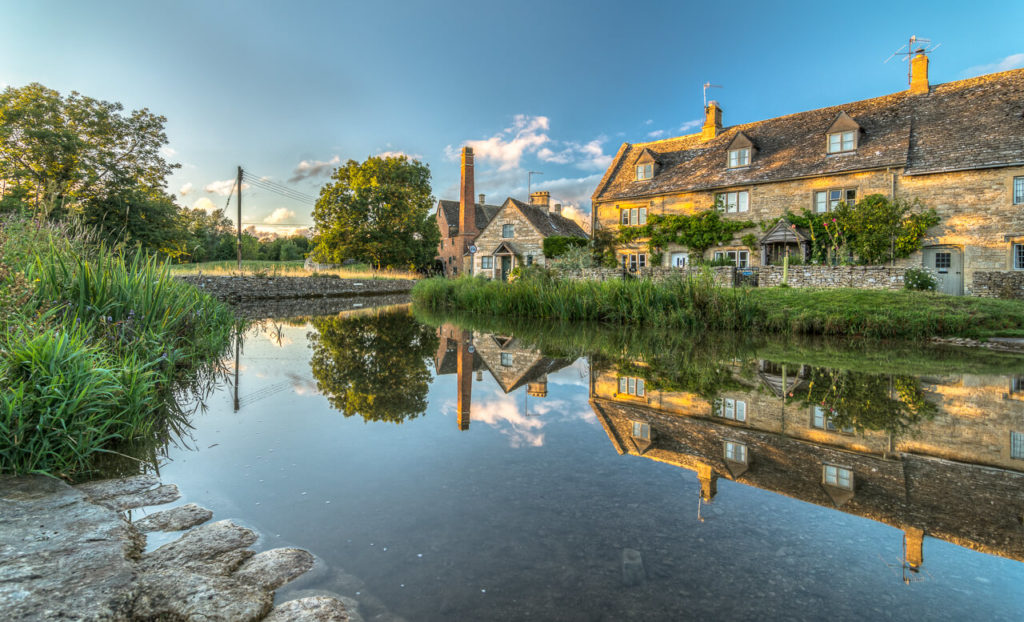 Bath is surrounded by the lush green countryside of the Cotswolds. Positioned on the area’s southern edge, you can easily venture out and explore some of the key beauty spots of the Cotswolds by car or public transport.

The Cotswolds became a designated Area of Outstanding Natural Beauty in 1966 and it is easy to see why, with its landscape of gentle rolling hills interspersed with quaint, honey-hued villages.

Head to the popular Bourton-on-the-Water or Stow-on-the-Wold for pretty shops, antiques and tea rooms. Bibury, Blockley, Kingham or Lower Slaughter for the quintessential Cotswold village experience. And the towns of Cheltenham and Cirencester for plenty of history and Regency architecture.

6. You can catch a show at the Theatre Royal 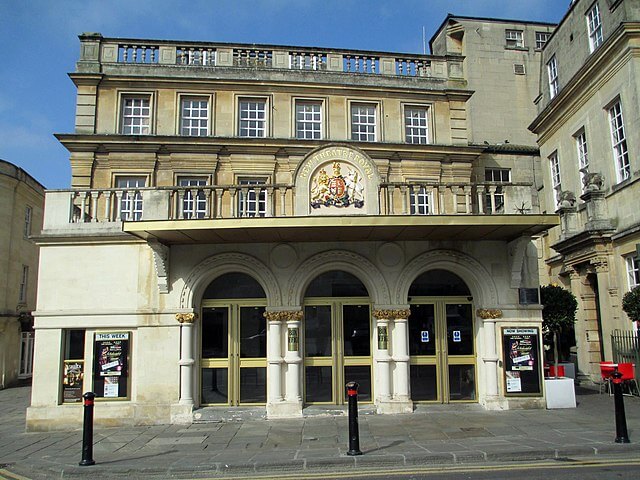 Bath’s Theatre Royal is another example of the city’s charming architecture. The Grade II listed building was built in 1805 and was refurbished in 2010 to a high standard.

The theatre consists of three separate sections; the Main House offering a year-round programme of drama, opera, comedy and musicals; the Egg Theatre for families; as well as the Ustinov Studio, known for its contemporary and cutting edge performances.

7. There are a wealth of art galleries and museums in Bath 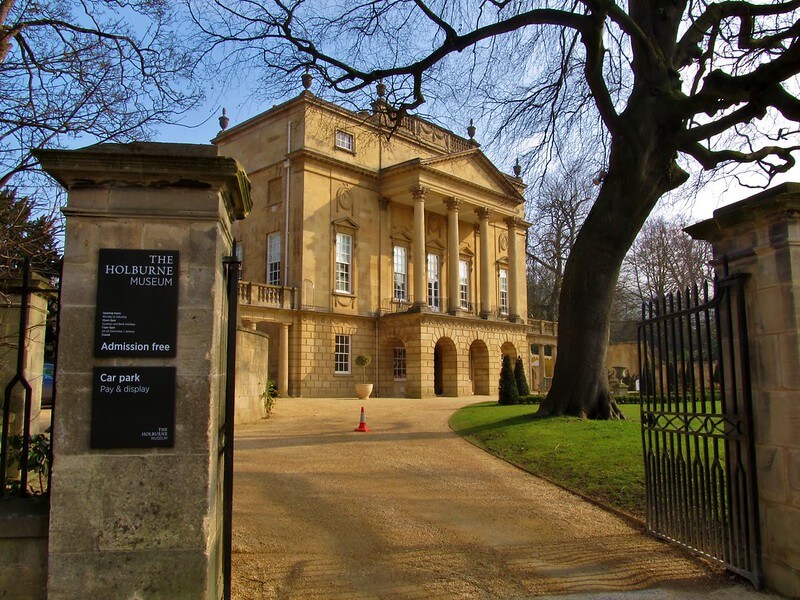 With so much history and culture in one place its not surprising that Bath would be home to a number of museums and art galleries.

Victoria Art Gallery is located next to Pulteney Bridge and offers a permanent collection that includes works by Turner and Gainsborough, as well as modern temporary exhibitions. Beaux Arts Bath is the longest established commercial gallery in the city, it specialises in contemporary painting, sculpture and ceramics. The Holburne Museum is located within a Grade I listed building and houses an impressive selection of art.

If you are looking to learn more about the past, Bath has plenty of museums to explore. The Roman Baths are probably the most popular option for learning more about the city’s past, but there is also No.1 Royal Crescent and the Jane Austen Museum. For something a little bit different why not head to the Fashion Museum of Bath or the American Museum and Gardens?

8. You can go punting along the River Avon in Bath 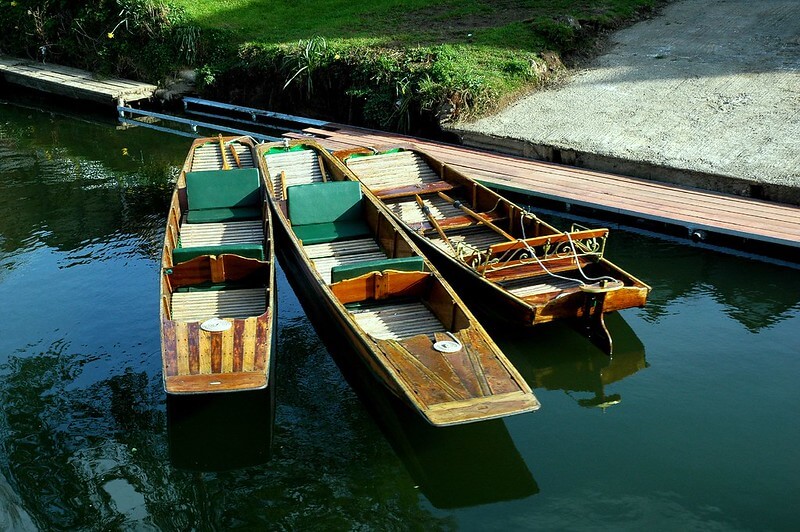 Although this activity is commonly associated with the likes of Cambridge or Oxford, punting is one of the many activities you can enjoy on the River Avon. Its a great way to view the sites of Bath from a completely different perspective, as well as spot some of the local wildlife.

If you would prefer something a little less active than punting, there are plenty of boat trips that set off from Pulteney Bridge. Some of which offering talks on the history of Bath.

9. The nightlife in Bath 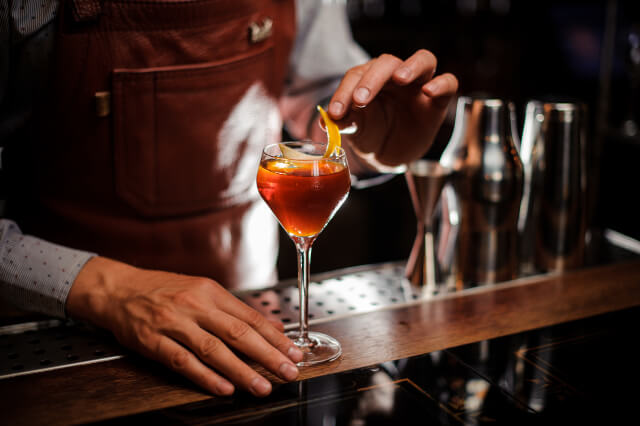 Bath isn’t usually the first place that springs to mind for a night on the town, often overshadowed by its larger neighbor Bristol. However, the city does have a variety of pubs, bars and clubs to suit most tastes.

Bath is also home to the Bath Gin Company, whose distillery is based in the city. Book an experience and learn all about the processes while sampling some of their flavourful gins. 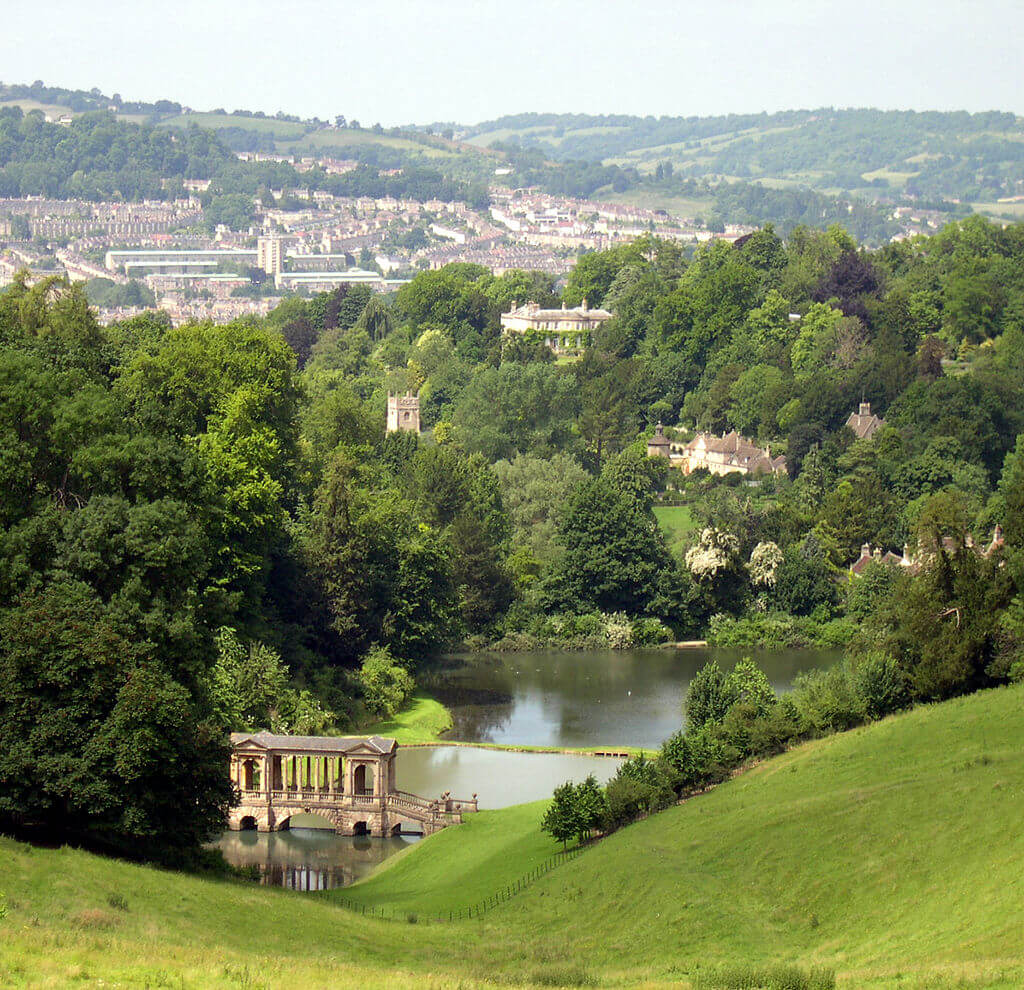 Part of the reasoning behind Bath’s World Heritage site status is its many open and sociable, green spaces. So its not surprising they made our list!

Bath has some incredible parks, perfect for a picnic in the summer or for strolling around on crisp winter days.

Prior Park is situated on the outskirts of the city and is a well known beauty spot. Its position offers fantastic views of Bath, but the park itself is pretty special. The eighteenth-century landscape garden has aspects designed or influenced by poet Alexander Pope and landscape architect Capability Brown.

Closer to the centre you will find the Parade Gardens, where you can sit and relax often with the sound of live music in the background. Sydney Gardens, situated behind the Holburne Museum, is one of the oldest parks in Bath. It was built in 1795 and has been frequented by members of the royal family, Jane Austen and countless other illustrious visitors to Bath. Close to the Royal Crescent is Royal Victoria Park, another great picnic spot. The park spans 57 acres and offers attractions like mini golf and a cafe.

If you are considering a city break in Bath, why not take a look at our selection of self catering cottages in Bath?

I joined the Marketing team in January 2018, after having previously been part of Property Recruitment here at Sykes Holiday Cotta... 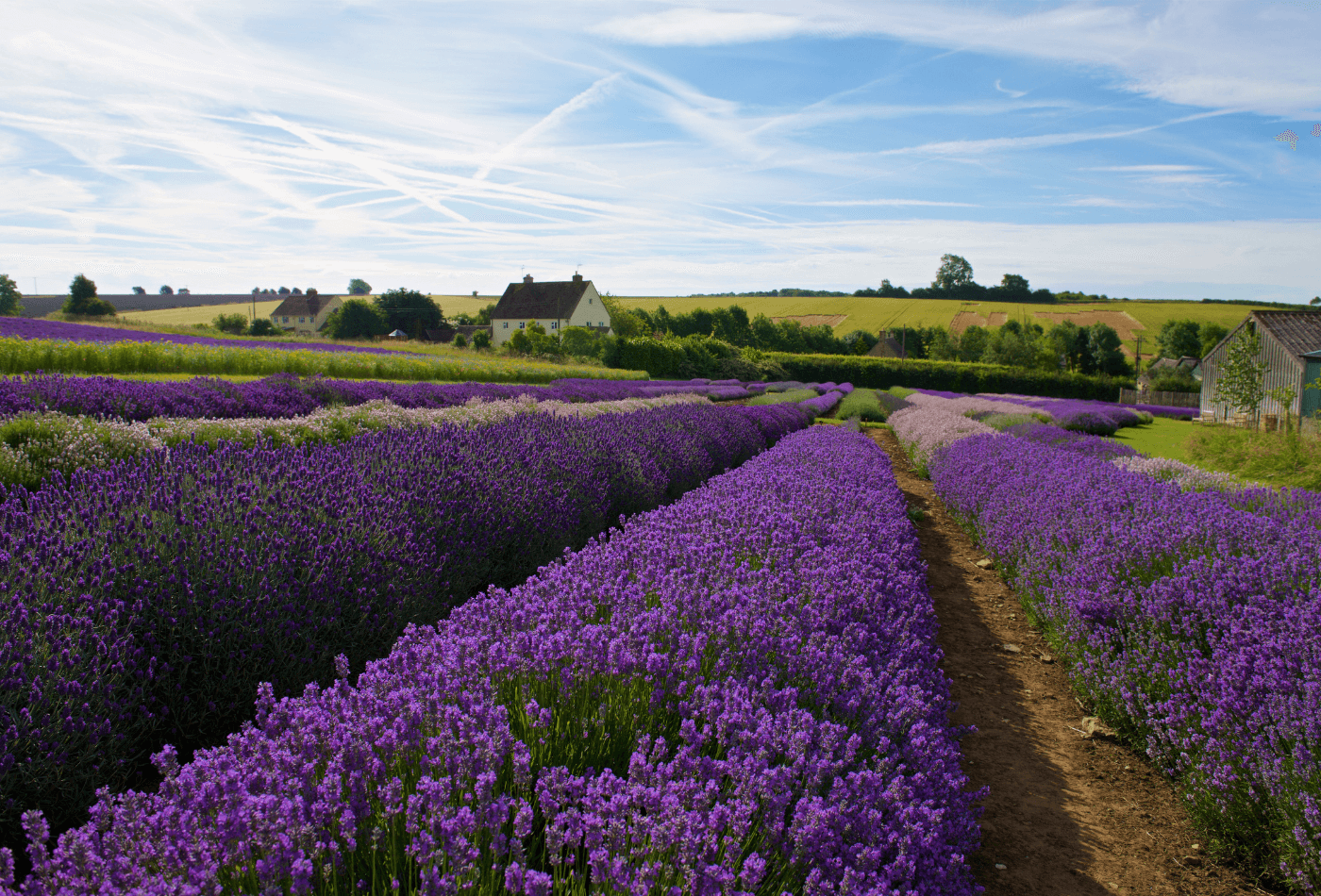 If you’re looking for a quintessential day out in the Cotswolds this summer, you must add exploring the Cotswold... 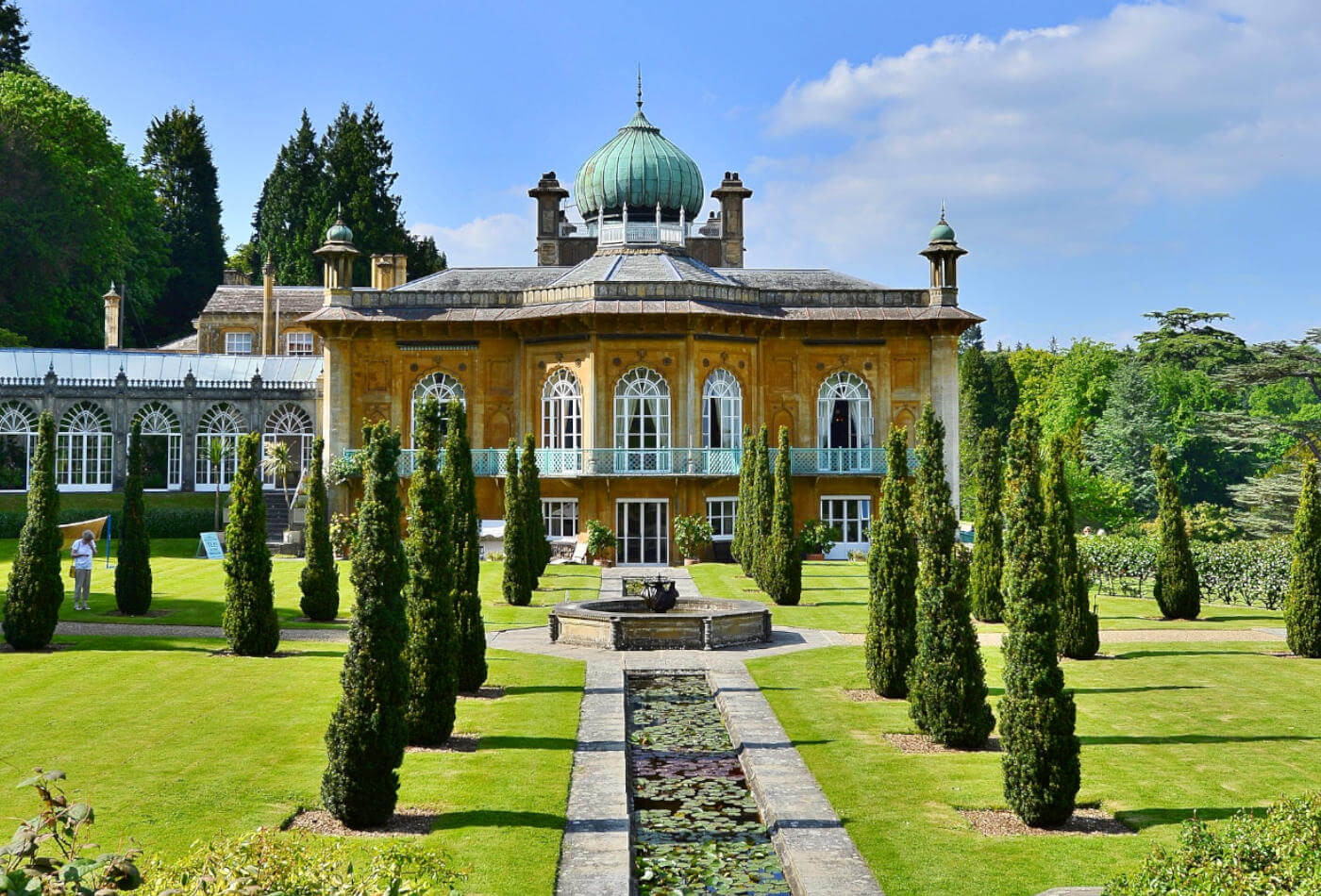 The Cotswolds offer some of the UK’s most scenic countryside. And if nature is something that you surround yourself... 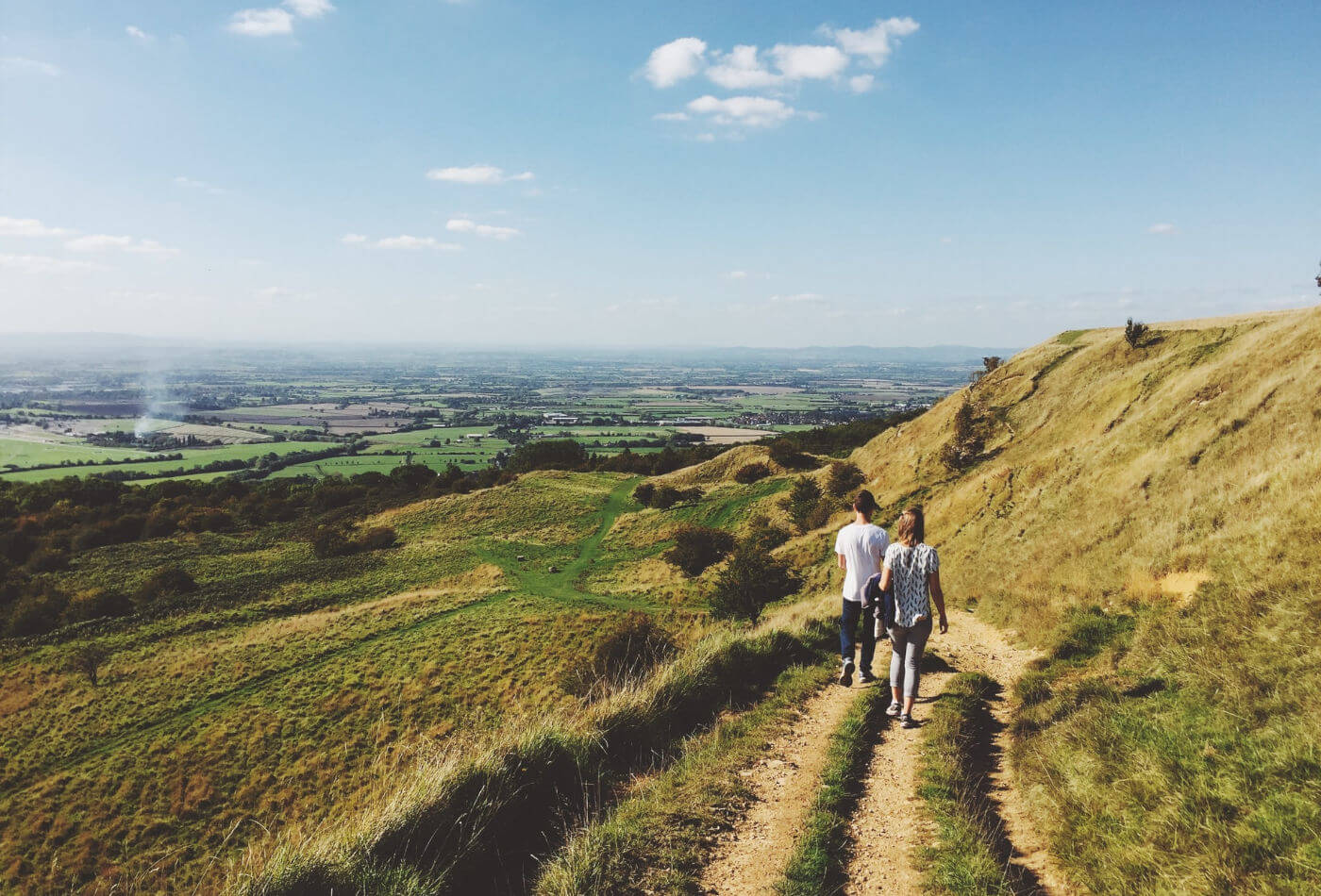 12 of the Best Places to Visit in the Cotswolds

The Cotswolds is one of the most stunning areas of outstanding natural beauty in the UK. There is a...