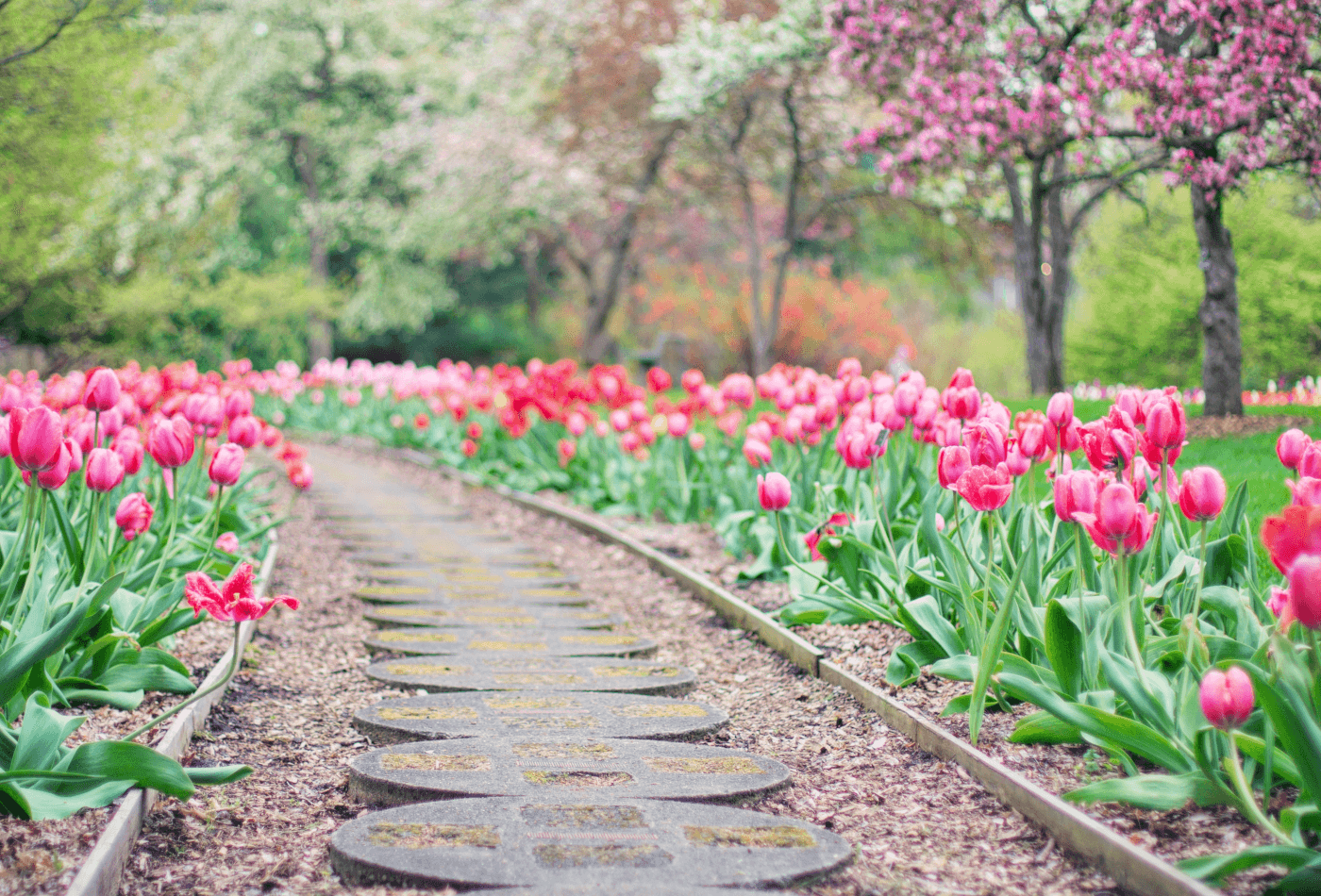 24 of the most Wonderful Flower Spots in the UK

Whether you’re out walking in nature or in a perfectly groomed garden, the rich colours and scents from a flowery space, one that comes alive as the butterflies and bees float through, makes you get lost in summer dreams in a matter of moments.

We have an abundance of wonderful man-made gardens in this country and we’re lucky to have the wild and natural kind all around us also, in the form of marshy pastures, meadows and forests. These are 12 of each kind for you to visit and enjoy.

One of the largest wildflower areas in the UK is the Cotswolds. Classed as an Area of Outstanding Natural Beauty, more than half of the country’s Jurassic unimproved limestone grassland is in the Cotswolds, a type of grassland that is home to a vast number of rare plants and wildflowers, essentially making the whole of the Cotswolds a giant meadow with pretty villages, country lanes and little towns scattered throughout. Limestone grassland must be managed to remain the type of ‘wild’ areas where wildflowers thrive, and a number of organizations, including the Cotswolds Conservation Board and The National Trust, do important work to ensure all of these areas are properly cared for and enhanced.

Hidcote Garden in Cotswolds, is one of the most popular National Trust gardens in the UK, and famous for its row on row sculpted hedges as well as its outdoor “rooms.” In the early 20th century, American Lawrence Johnston created this masterpiece of a garden. When you visit Hidcote Garden, you have several other gardens that are well worth a visit very close by, the closest is the beautiful Kiftsgate, which is just a short walk away.

Akrigg Bottoms Meadow is located in Yorkshire Dales National Park, and is an honoured Site of Special Scientific Interest. A lovely combination of northern hay meadow and a plethora of grasses and flowers such as wood cranesbill and great burnet. Take a walk alongside the River Ure.

The Eden Project in Cornwall is one of Britain’s most popular attractions. Located in an abandoned china clay pit, the garden is known for its prominent biomes with diverse environments, including a rainforest in captivity with intricate jungles and crystal clear waterfalls. The garden’s mission is to educate and inspire visitors as well as offer an adventurous day out. In summer, the garden boats major concerts. Looking for a more “traditional” garden tour? Cornwall has plenty, including the Lost Gardens of Heligan, Trebah and Glen Durgan and Trelissick.

Ben Lawers is located in Killin, Stirlingshire, is one of Scotland’s highest mountains and is known for it’s alpine plants. Take a guided walk and witness the flowers and wildlife, including red deer, black grouse and ravens, in their natural environment, or explore a wild flower nature trail nearby the mountain parking lot.

Trentham in Staffordshire was a distinguished and popular garden, created by Capability Brown and Charles Barry, but fell into hardship. Now, after being restored by Tom Stuart-Smith and Piet Oudolf, the garden is in it’s original beauty with a contemporary twist. The Italian Gardens, Floral Labyrinth and Rivers of Grass are the key interests at the gardens located near the Wedgwood factory in Stoke on Trent. This garden now offers a fun family day out, and is an awe-inspiring sight for garden fans.

Cricklepit Mill in Exeter is a lovely example of an urban meadow. Based at the headquarters of the Devon Wildlife Trust, Cricklepit boasts replanted meadow and arable plants including oxeye daisies and cornflowers while native species like dove’s foot cranesbill, scarlet pimpernel and corn chamomile arrived by themselves. Make sure to take a peek at the medieval watermill and city wall.

Sissinghirst Castle Garden in Kent, commonly referred to “The Garden of England,” is a highly celebrated garden across the world, in particular the White Garden. This garden is among the remains of an Elizabethan house, and created by garden enthusiast Vita Sackville-West and her diplomat husband Harold Nicolson

Merry Meadows is located in Greetham, Rutland, and is also a designated Site of Special Scientific Interest as it is an island of biodiversity. Meadows are foraged by sheep and cattle and cut for hay. A variety of plants include quaking grass, cuckoo flower and adders-tongue. Keep an eye out for the rare frog orchids.

Alnwick Garden in Northumberland is neighbour to Alnwick Castle and is famous as the set location for Harry Potter movies. The magical garden has transformed over the last decade since the Duchess of Northumberland brought it back to life. It’s a garden for horticulturalists, with a variety of planting styles and rare plants found in the Poison Garden, but also a family garden with areas to play and get wet under the Grand Cascade. If you are hungry, The Treehouse is the place to grab a bite to eat.

From April to June the Cotswolds is THE place to see bluebells in the UK. With so many different sites, you are utterly spoilt for choice in your quest to catch more than a glimpse of these beautiful blue flowers that create blankets under trees in most of the woodlands in the area. Also, check out our guide to the Best Places to spot Bluebells in the Cotswolds.

The Royal Botanic Gardens in Kew are over 250 years old and has 300 acres to discover, including the Princess of Wales Conservatory and Victoria Palm and Temperate glasshouses. Accessible by the District Line train from London, this garden is all-seasonal, and can be seen from among the trees on the treetop walk.

Minnowburn is located in Belfast, County Down in Northern Ireland. It’s full of buttercups, yellow rattle and meadowsweet, and has a variety of grasses including Yorkshire fog, oatgrass and meadow foxtail. This landscape along the River Lagan provide essential habitat for bugs and the birds that feed on them. Watch for an abundance of butterflies including tortoiseshells, peacocks and red admirals.

Castle Howard in Yorkshire was awarded the Historic Houses Association and Christie’s Garden of the Year 2011. The house is surrounded by hundreds of acres of landscapes including templates, fountains, statues, lakes and an 18th century walled garden boasting roses and delphiniums, and a decorative vegetable garden.

15. The National Botanic Garden of Wales

The National Botanic Garden of Wales, located in Llanarthne, Carmarthenshire, is a 150 acre Waun Las National Nature Reserve that contains important habitats including a traditional hay meadow and wet pasture. It is home to locally-common but rare whorled caraway, and is haven to grasshoppers, crickets and waxcap fungi.

Chatsworth House in Derbyshire has gardens which have grown beautifully in over 450 years and are famously known for it’s 300-year-old Cascade and gravity driven Empire fountain. It features a maze, rockery and a wonderful kitchen garden.

New Grove Meadows in Monmouth, Gwent, has always been traditionally managed, and it’s filled to the brim with wild flowers. So many flowers in bloom including cowslips, green-winged orchids and early purple orchids, as well as sedges and knapweed grow on the mountain backdrop. In June, the field is bright with magenta orchids. Autumn see rare fungi like pink and grey Entoloma bloxamii and vibrant pink Hygrocybe calyltiformis.

The National Arboretum in Gloucestershire, also known as Westonbirt Arboretum, has a garden that showcases its beauty during the autumn months with rich colours, and tree lighting that leads right up to Christmas, making for an “Enchanted Christmas” event which runs from late November to mid-December. Over 15,000 trees and 17 miles of paths, and yes, they look stunning in spring with displays of azaleas, magnolias and rhododendrons.

Oxburgh Hall is located in Swaffham, Norfolk, and is an orchard meadow where the flowers have been planted and managed by man, but beyond is Washpit Meadow. Originally part of a wider landscape and natural wetland, this flower habitat boasts southern marsh orchids blooming during summer months. Take in the view of the moated 15th century manor house at the entrance.

Hampton Court Palace is where visitors can lose themselves in the gardens surrounding Henry VIII’s famed palace. Try your hand at the maze, dating back to approximately 1700, and was commissioned by William III. Originally planted with hornbeam and then replanted with yew, the maze covers a third of an acre and is trapezoid in shape, it’s the UK’s oldest hedge maze. There is also a Privy Garden inspired by 18th century designs, the Great Vine planted in 1769 and a 20th century garden. If you are visiting in July, ensure to take in the very popular annual flower show presented by the Royal Horticultural Society.

Queen Elizabeth Roof Garden, located in Southbank Centre, London, is a wild flower meadow on a roof in central London. It’s home to over 100 species of grasses, wild flowers and herbs and vaunts amazing view across the Thames. Though the view is beautiful, explore the plants with culinary or medicinal uses and green workshops.

Wrest Park is one of Britain’s largest and most distinguished “secret gardens.” Located in Bedfordshire, Wrest Park is a 90-acre historic landscape with a recently restored French-style mansion and Italian and Rose Gardens. The Telegraph described Wrest Park as “one of England’s finest yet least-known gardens.”

Wakehurst Place in Adringly, West Sussex, has meadows known as Bloomer’s Valley. It was born from locally harvested wild flower seed and planting thousands on thousands of wild flowers. Like other meadows in the area, they are traditionally managed—hay cutting in summer and winter grazing. If you are visiting during the summer, celebrate Wakehurst’s traditional hay making event.

Stourhead in Wiltshire is an outstanding model of an 18th century English landscaped garden—not rows on rows of flowers and herbaceous borders, but extensive lawns, a glistening lake and temples and a grotto. One of the temples was the set of a rain-soaked (of course) marriage proposal scene from Pride and Prejudice, a 2005 film.

Discover where to find Snowdrops in the Cotswolds and browse our range of self-catering Cotswold holiday cottages.

With over 25 years of experience in providing holiday accommodation to the UK and its visitors, we have an expanse of knowledge th... 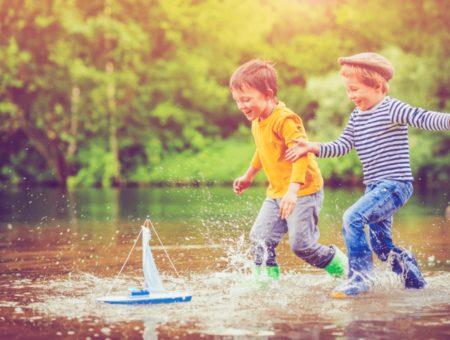 17 Places to Go with Babies and Small Children in Cotswolds

The Cotswolds has an abundance of the most wonderful places to go when you travel with babies, toddlers and...

Walking with Kids in the Cotswolds

Tens of thousands of people choose a walking holiday in the Cotswolds each year, but not many brave it...